About Money for Women 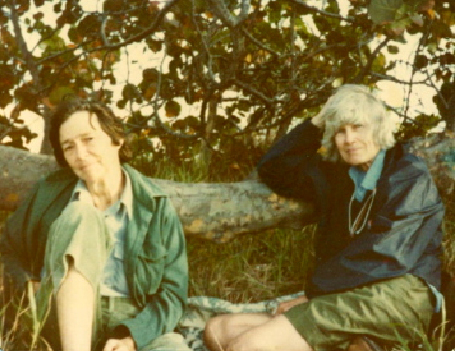 Barbara Deming (1917-1984) founded the Money for Women Fund in 1975 to give financial and moral support to creative women. Deming was a feminist, lesbian, poet, writer, and nonviolent activist in the civil rights, anti-war, and women’s movements. Her political writings and her dedication to peaceful protest inspired her contemporaries and continue to influence feminists and social justice activists today.

In addition to continuing support from the estate of Barbara Deming, the Fund depends on gifts from donors interested in sustaining women in the arts. Most notably, the artist and writer Mary Meigs was a longtime financial supporter of Money for Women. At her death in 2002, Meigs left an annuity that continued until 2017 and greatly contributed to the Fund's longevity.

"The MFW grant is special in that it recognizes an aspect of my work that is at the core of who I am and what I am trying to accomplish."—a grantee

The foundation gives grants of $500-$1500 to individual women writers and visual artists whose work exhibits feminist values. These awards encourage and validate creative women who may not receive recognition from other granting agencies. The Fund relies on a volunteer Board of Directors and carefully chosen judges who collaborate in making awards.

Applications are received January 1-31 each year. Fiction, mixed genre, and visual art are awarded in even years, nonfiction and poetry in odd years. The required application and guidelines are available here.

"Your gift of belief in the writing still to be done, the story yet to be told, is so valuable...I feel blessed by the generosity – financial and spiritual – of Barbara Deming’s legacy."—a grantee